Treasure hunts and scavenger hunts, are fun activities for kids of all ages. They are ideal for a birthday, Christmas, Halloween, or just to pass a rainy afternoon.

The challenge is creating enough fun treasure hunt clues for kids and making them easy enough to solve without being too easy. We’ve therefore put together this list of 46 free treasure hunt ideas and riddles for both younger and older children.

How to create a scavenger hunt

In a scavenger hunt, children collect a list of items which can be revealed in a variety of ways. Once all items are collected, they've won. Scavenger hunts work well with small and large groups, whereas treasure hunts are ideal for individuals, or two or three children working together. Many scavenger hunts are themed and common themes include Christmas, Toys, Shapes, or Halloween, like the combined word search and Halloween scavenger hunt below. Objects to collect might be revealed in any of the following ways:

Many scavenger hunt games focus on specific objects, whether it's a list of things found in nature, books with different characters in them, etc. However it's also perfectly possible to create a more conceptual game with multiple possible answers. This might include shapes, colours, textures, etc.

To create your scavenger hunt, simply decide what type of list you want, create it, then give it to your child and let them explore!

One thing to consider is safety. At the start, let your kids know where they can and cannot go. You may also be able to specify something like, "You don't need to move anything to see the objects." This is particularly important if you're having a party. You may not want dozens of children rummaging through the tools in your garage, or tipping out the drawers in your bedroom.

How to create a treasure hunt

Treasure hunts work best for kids on their own or with a small group of children. For larger groups, it’s likely one child will solve more of the clues than the others. You might therefore be best splitting a large group up into two or three different ‘search parties’ and reposition the clues and a new treasure each time. Alternatively, you could create a murder mystery party and include a treasure hunting aspect as part of it.

The first rule when planning a treasure hunt is to start with the treasure itself then work backwards. This way you always know which clue to place next. If it’s for a birthday or Christmas, you may want to leave a small present at each location, then the final treasure at the end of the hunt.

For younger kids, choose clues which are more visual or write extra hints on the clue (e.g. “Starts with B…”). For older kids, if they get stuck, give them an extra clue at this point. For mixed groups, one idea is to have two clues at some points (one easy, one harder). Rip the next clue in half, placing half at each of the locations. This way, both younger and older kids will have fun and develop their team building skills.

The infographic below is one we created for Talk To Teach, a site offering English language immersions in France.

Clue ideas for kids of all ages 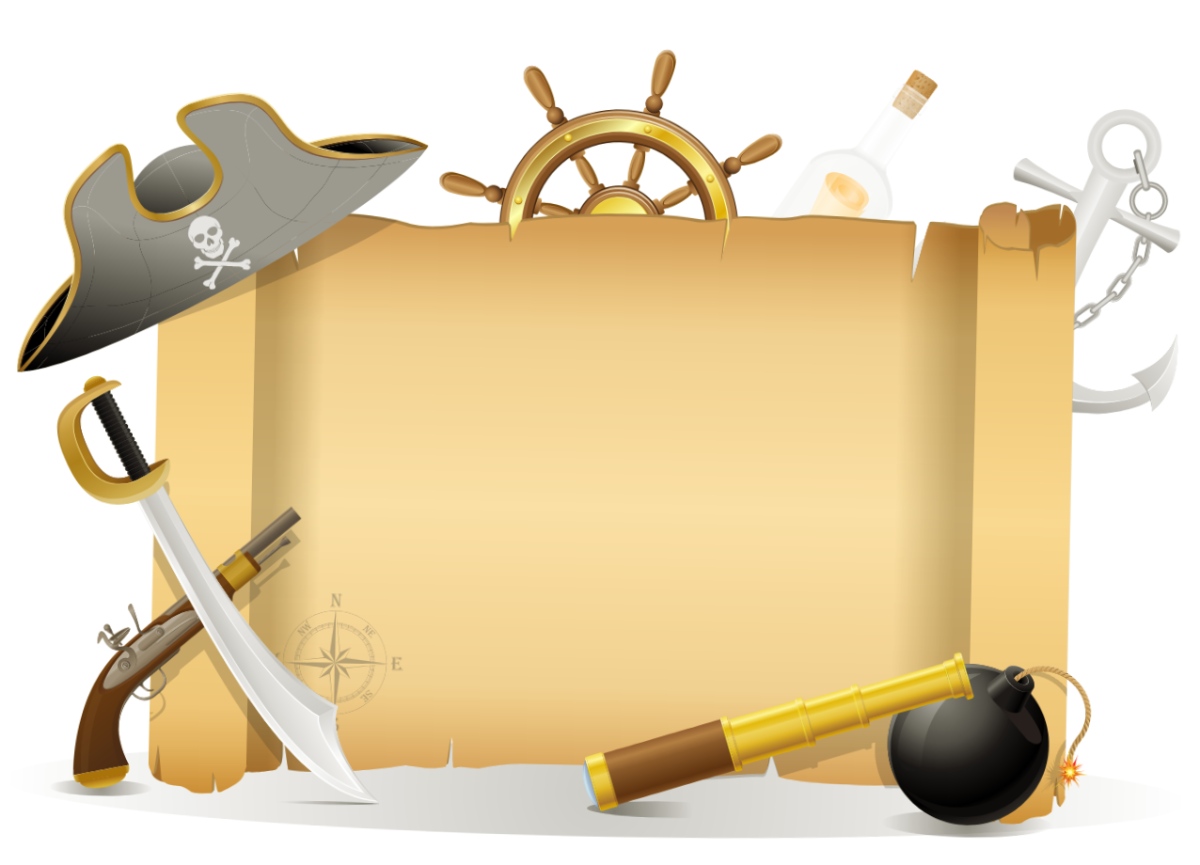 Whatever age your children are, there some treasure hunt clues that are always great fun:

Giving extra hints along the way

If kids get stuck, or you need to create an easy scavenger hunt, don't just give kids the answer. Instead give extra clues like:

This way, kids will still have fun and they'll find the next clue in the scavenger hunt themselves with a little time. If they're having fun, don't feel you need to rush them.

On the subject of anagrams, rearranging the letters is a great way to create customised clues. These can be household items, or be based on your kid's favourite TV show, book, or toy.

We recommend using an anagram generator to create fun anagrams based on the words you enter. Anagrams can be tricky to solve, so do one or more of the following for any that are more than a few letters:

And another three anagrams of popular authors:

Another idea for riddles is to use rebuses - coded pictures that reveal a word or location.

Here are three rebuses to inspire you: Some children love to collect objects and will find a scavenger hunt great fun. Others will more enjoy the challenge of solving riddles. You can combine both and create a great game to please everyone.

To create a combined game, do the following:

When creating a treasure hunt, it's best to work backwards. You therefore start at the end.

Choose where the treasure will be hidden and place it there (make sure the children don't know which room you're in for this).

Create a 'final' clue with 6-10 parts revealing where the treasure is hidden. Hide each clue and make a note of where it's hidden. This could be:

Write one riddle for each of the final clues (these can be in any order).

If you want to simply use several chocolate eggs, or one item multiple time for this, skip this step.

Write a list of objects that fit under a given theme like Halloween or Christmas. Choose objects your child will be familiar with but you don't have too many of, for example:

Either leave them where they are, or hide all the items in one room. Place a riddle under each item in the scavenger hunt.

When the children receive the list of items, they must scavenge for them, then solve each riddle to find the final set of clues. Once they have this, they put all of them together to find the treasure.

This is a great way of encouraging team building and is a good game for larger groups.

Rhyming riddles for kids and teenagers

Rhyming clues are a great way to get kids and teenagers to think out of the box. As with other treasure hunt clues, if they struggle with the answer, give them the first letter as an extra hint.

Click any of the free riddles below to see the answer.

It lets the cat out, so she can explore,
You just need to find the right door.

The prime minister, president, and king,
Are all named after this measuring thing.

They wait in the hall when master's at home,
Yet travelling in pairs, with him they roam.

Write the word PET next to CAR,
Aladdin’s was magic, it did fly far.

On paper, when I bite, my teeth collapse,
Whatever I bite, I attach.

I have brown feet and my clothes are green,
On top of a pot I'll often be seen.

T is at my start, T is at my end,
I contain more T when you meet a friend.

I’m unwelcome at home, poisoned and trapped,
Yet with every computer, I come wrapped.

Is found in the ground and used as bait,
I'm orange and tasty. Quick, before I'm ate!

Though wave's in my name, you won't see me do it.
I'll make things hot and easy to chew it.

A kind of fly, oh so beautiful,
Creamy and white, almost spreadable.

My bark is silent and not heard at all.
At my full height, I grow very tall.

Four kings and queens are kept within me.
Their hearts, clubs, and spades all easy to see.

My name means metal, rigid or cruel,
Yet I make things flat, am just a tool

With a head of skin, a body laced tight,
Adding much emphasis, struck with delight.

Rearrange EPICS to make something hot.
I'm added to food - a little, not a lot.

Please (The child must say “Please” to receive the next clue).

I wave my hands all day and all night,
If I wave too slow, I’ll soon be put right.

The fifth and forth note in musical speak.
Need to sit down? Then it’s me you must seek.

If kept by an outgoing type is packed,
If empty, there’s never a time you must act.

What have you got in your pocket, my gosh?
It's on the floor, not in the wash.

A previously worn item of clothing that's not been tidied away.

I’ve a golden head, a golden tail too,
But you won’t see them both at the same time.
I rest with my friends in a bed made of leather.
To steal me is considered a crime.

Warning, this place gets very hot.
Right now it's cold, so look in a pot.

A pan on the stove

I'm friendly to all who come through the door.
Though they might not see me, here on the floor.

When it's sunny, I'm likely to vanish.
I'm hung in the hall and look rather mannish.

I contain all the words from A to Z,
Including aardvark and zoology.

Without a word, you'll sure notice me.
Every morning, I won't let you be.

I'm full of water but won't get you wet.
I take your clothes for a spin to remove the sweat.

A car with two wheels, no windows or fuel,
Even kids can "drive" it, perhaps to school.

Feel free to use the above in your own scavenger hunt or treasure hunt
game and adapt them as you wish to personalise them for your own kids.

If you would like a personalised treasure hunt for a party or special event, please get in touch.

If you share any photos or blog posts about it, you're welcome to include a link to this page.