If you’re targeting customers in a different country, then is it necessary to translate your website and marketing material?  If so, how do you create the best marketing and SEO (Search Engine Optimization) strategy for your new international audience?

European countries all have certain things in common regarding their culture and economic structure, however there are some particulars that should be taken into account when it comes to German translation.

How large is the German market?

The German market is one of the most attractive target markets in Europe. Here are six of the main reasons why:

As you can see, there are some rather good reasons for entering the German market. 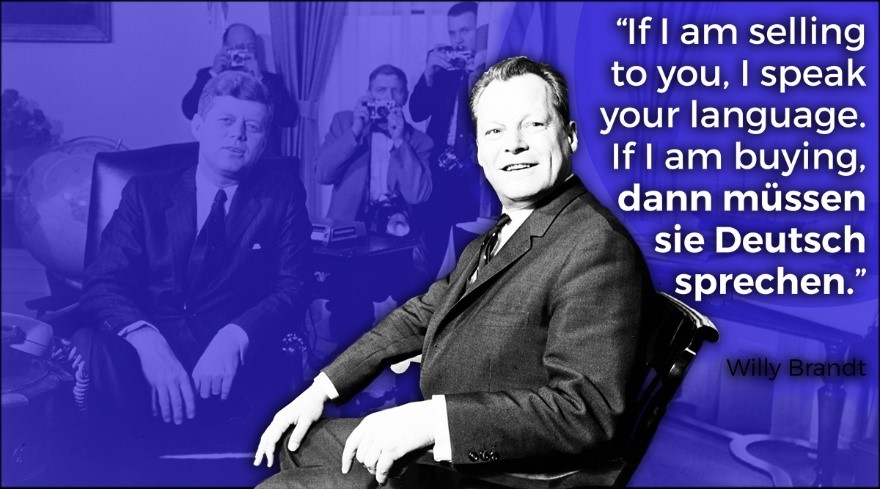 I often hear people say “All Germans speak English” as a consideration when deciding whether to translate a website.  While it’s true that 55% of Germans learn English as a second language, this doesn’t mean that it’s not essential to translate your website.

The reason for this is that even if your customers speak English, it doesn’t mean that they search for English words in Google.  To put this to the test, we analysed 20 of the top keywords that amazon.de appears for and checked the monthly search volume from Germany for these same keywords translated into English.

Here’s what we found: 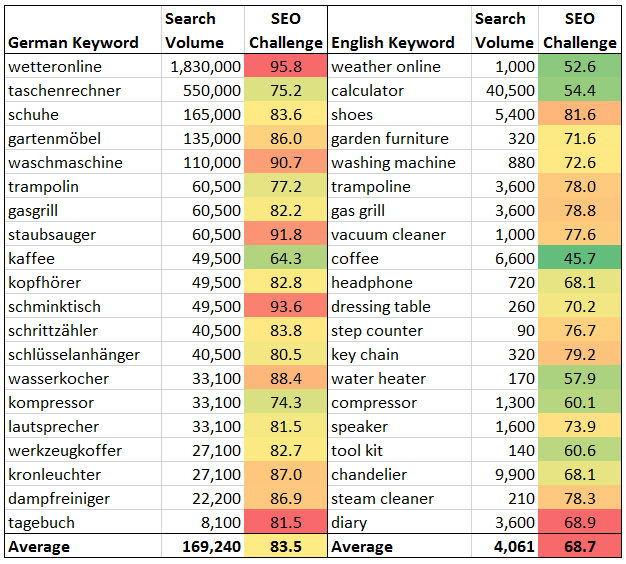 On average the German translations have 40 times more monthly searches than the English.

While the SEO Challenge (how difficult it is to rank organically based on an analysis of the competitiveness of the top 20 domains for each keyword) is considerably less for the English keywords, the difference is not significant enough to justify targeting an audience that is 40 times smaller.

If you’re translating a print publication, you don’t need to worry about keywords or SEO, whereas when translating a website it’s essential to start with keyword research to be sure that you’re including frequently searched for terms with reasonably low competition in your Metatags and other content.  These keywords often differ from language to language, so a direct translation will be less effective.

One thing that distinguishes the German market from most other European markets is that it isn't limited to just one country. It extends over the whole “German Sprachraum”, the area in the center of Europe where the majority of the population speaks German as a first language, with German as the (co-)official language.

Apart from Germany, this Sprachraum consists of Austria, where the official language “Austrian German” is spoken natively by 88.6% of the population, 21 cantons of Switzerland (among them 17 cantons with German as the only official language), Liechtenstein, the Italian Autonomous Province of South Tyrol, and the German speaking community of Belgium, and Luxembourg. This Sprachraum comprises about 88 million native speakers, plus about 10 million who speak German as a second language.

If you’re looking to target multiple countries, when it comes to German translation, it doesn’t make a great difference in terms of the language. Although it might be difficult for Germans to follow a (spoken) conversation with a Swiss or an Austrian, there is no such problem when it comes to written German. In fact, there are three varieties of standard German – the German, the Austrian and the Swiss Standard German – but they differ only slightly in lexicon and phonology.

When translating a website for the German market, particularly an ecommerce site, it’s important to modify numbers so that they display correctly, for example:

In German the full stop and comma are switched around and the Euro sign normally goes after the number rather than before, with a space in between.

Germans tend to write about things in an informal, even playful way. The exception is if you are writing terms and conditions, or represent a legal or financial service company, in which case it’s best to adopt a formal tone.

The Germans write numbers like they write words, with few spaces, so a common format would be 0171 1234567. +49 is the country code for Germany. They use a 24 hour clock when either speaking or in writing and separate numbers with a colon, for example 16:30. 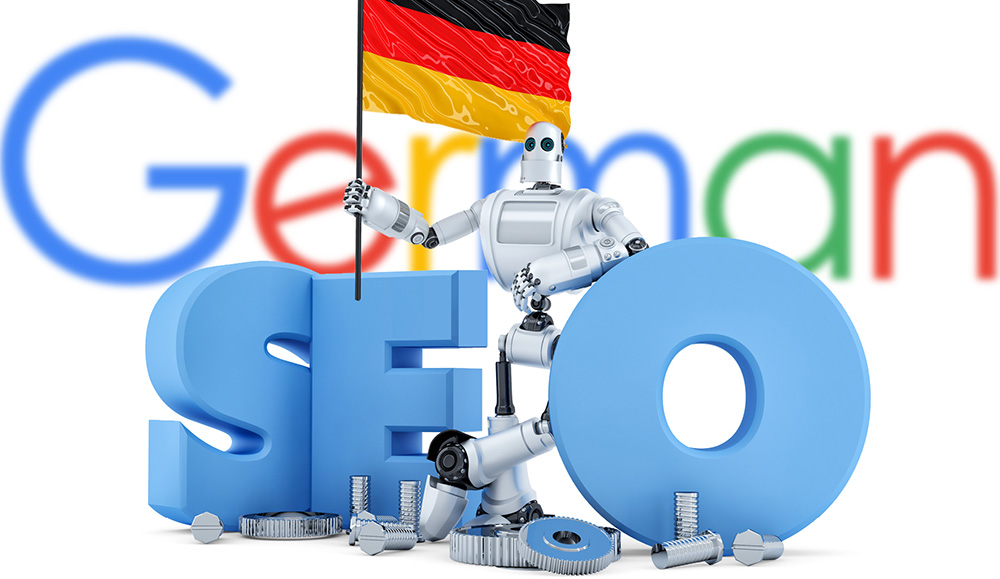 For German SEO it's important to bear in mind that there is no standardized Google for the whole Sprachraum, as Google offers country-specific pages. Therefore, if you use Google e.g. in Austria, you will be lead to Google.at, and not to Google.de. This affects the search results and the ranking of a page in the respective country, as the results in the different countries often differ greatly.

If you’re targeting the whole Sprachraum then you have two options:

Google values relevant, high-quality backlinks and if you’re completing a German link building campaign then it’s essential that links come from other, relevant websites in the same language.  A link from a site focused on Austria, say, will help you appear higher for all German searches, but will give you an extra boost in Austria itself.

For the vast majority of German speakers, Google is the ultimate search engine. About 95% of the Internet searches in Germany are performed through Google, using Google.de, Google.com and Google Image search, or through search engines like AOL, T-Online and Web.de, which all use Google results. Other search engines just play a minor role, sharing the remaining 5%. In the UK, Google also dominates the search engine market with a market share of about 88%. Considering the importance of Google in Germany, German SEO has to focus on boosting the visibility through this particular search engine.

Compared to the UK and USA, where most companies with a web presence do have an SEO strategy, the concept of SEO in Germany is still outdated, with few companies focusing on generating high quality content and building relevant links from high authority sites via guest posting or infographics (SEO methods that have been proven to be effective in 2017).

This therefore creates an opportunity to expand into a new market, particularly when you consider that about 93% of web activity starts with opening a search engine and at least 75% of search engine users choose a search result from the first page.

Overall, Germans tend to have more trust in websites in their mother tongue, than in foreign ones. They prefer searching in their own mother tongue and when shopping online they choose German companies and websites, as they assume them to be more reliable and to deliver higher quality. Therefore, if you aim to succeed in the German market, German translation and SEO is the best way to achieve this goal.